April had finally arrived and with it grey skies and a white hoar frost that didn’t disappear till mid-morning. Yet the river beckoned. So suitably dressed, I made my way down Pixon Lane to my favourite spot below the Iron Bridge. By midday, a patch of blue sky was allowing a watery sun to illuminate what precocious greenery the trees provided.

I squeezed my cheese into a ball, pulled the hook through and dropped it in the middle of the river, five yards above the ledge. Buffeted by the current, it disappeared from view, then a fish shot out from its hiding place and zigzagged madly. When it jumped, I realised it wasn’t the brown trout I’d been expecting. It was silver.

Standing on a wet rock, holding the rod high, I bent down to the water, grabbed the slippery sea trout and avoided the danger of letting it slip, unhooked, through my fingers, on its way to the bag round my chest. As I climbed back up the bank, I heard a voice:

On the path, face to face with a gentleman my age, I noticed a laminated card attached to a lanyard round his neck.

“I work for the West Devon Environment Agency,” he said, “and in that capacity, I wish to see your rod licence. You have a rod licence, I presume?”

As we walked to a nearby bench, he asked:

“Have you had any luck today?”

I could feel the fish still moving against my body and began to feel nervous. I hesitated for a moment, but thinking the man might’ve been watching me for some time, I took the fish from my bag and my credit card holder from my pocket. As I handed over the licence, I noticed the words non-migratory on it...and in a flash it hit me. Every peel I’d ever caught in the Tavy (about six) was illicit! 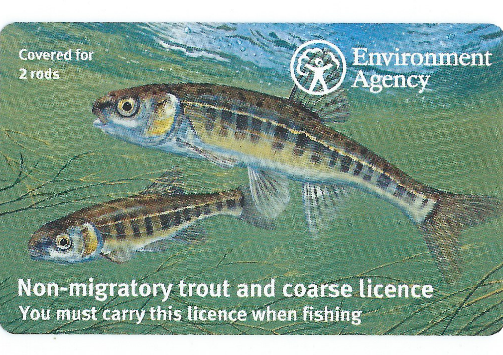 “There’s a problem sir,” he said. “To catch and keep this fish, you need a different licence – a considerably more expensive one.”

“But I’m entitled to keep trout above the minimum size limit and this one is well above. I can’t see the difficulty.”

“Brown trout, sir, brown trout – and this is not a brown trout, it’s a sea trout, or peel as we call them in Devon. You’re not from around here, are you? Peel are fish whose life cycle takes them to the ocean and back. That’s how they get their silvery appearance and you, I’m sorry to say, do not have the right to remove them from the river.”

“But it can’t be a peel. I caught it with cheese. Peel don’t eat cheese. In fact migratory fish don’t eat at all in fresh water.”

“Well, this one did. And if you’re claiming it’s a brown trout, where are its red and yellow markings?”

I ignored his point and responded:

“Look at its mouth. There’s no curl to its bottom jaw.”

“That’s because it’s a juvenile. You’ve caught a juvenile migratory fish on its first journey up river. Its life had hardly begun. Of course,” he went on, “I could remove a scale and get it identified under a microscope, but I’d need to send it away.”

“There is another option,” I suggested tentatively.

“Well, we’d have to cook it first and that would reveal the colour of its flesh – white for brown trout, pink for sea trout, red for salmon.”

“No, I don’t think it’s a salmon, I think it’s an albino brown trout. But we might discover it’s a baby salmon, I don’t know. Let’s eat it and find out.”

The bailiff, who introduced himself as Mr Clive Avory, had to admit that my potential resolution of the dilemma was a good one. So he accepted my invitation to dinner.

The B and B my wife and I were staying in was owned by Victoria, a charmingly effusive old lady who treated all her guests as family. Nothing was too much trouble and she would be delighted, she said, to cook the fish for our special guest. When I broached the subject of a food additive that would ensure the fish’s flesh came out white, she answered, with a curious little smile, that she would see what she could do.

Mr Avory arrived on the dot of seven and I offered him a small dry sherry, which he laughingly referred to as my attempt to bribe him. As Victoria showed us to our table, I tried to catch her eye to discover my fate, but she was having none of it. The cutlery, I noticed, included solid silver fish knives, with intricately-designed decorative handles. She’d really pushed the boat out.

When the piece de resistance arrived on a shiny silver platter, she removed the lid with a flourish and my heart sank. On a bed of rocket, the fish was laid out with only its skin removed – and its flesh was uniformly, undeniably, pink. I was done for. 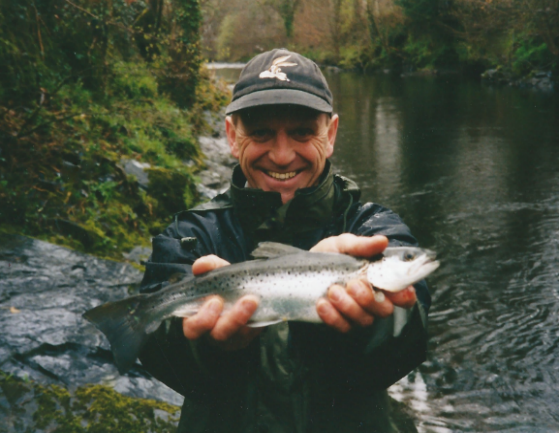 But something was happening round the table. Victoria, Clive – and my wife – were struggling to suppress their giggles. It took a while for the sheer scope of their hoax to register. Clive, it transpired, was Victoria’s son and, just like the peel, I’d been hooked and reeled in. It was – as you’ve probably guessed – the first of the month.